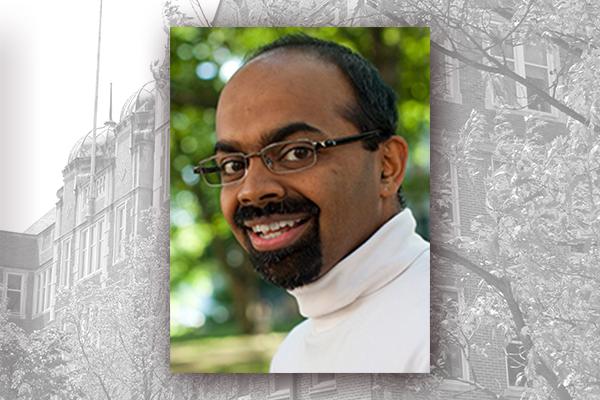 The diversity of living form led Darwin to exclaim that "it is enough to drive the sanest man mad". 150 years later, how far have we come in quantifying this variety? Motivated by biological observations of tissue organization in plants and animals, I will show how a combination of biological and physical experiments, mathematical models and computations allow us to begin unraveling the physical basis for morphogenesis in the context of examples such as   leaves and flowers, as well as  guts and brains. I will show how these pan-disciplinary problems enrich their roots, creating new questions in mathematics, physics and biology.

Mahadevan received his undergraduate degree at the Indian Institute of Technology, Madras and his PhD at Stanford University in 1995. Following brief postdocs at the University of Illinois at Urbana-Champaign and University of Chicago, he joined the faculty of the Massachusetts Institute of Technology in 1996. In 2000, he became the Schlumberger Professor of Complex Physical Systems  and a Fellow of Trinity College at Cambridge University. He moved to Harvard in 2003 where he is the England de Valpine Professor of Applied Mathematics, Physics and Organismic and Evolutionary Biology. He is also the co-chair of Applied Mathematics,  and the Faculty Dean of Mather House, one of 12 undergraduate residences at the University.

His interests are broadly in the study of motion and matter at the human scale, where phenomena are robust and easy to observe, yet not always easy to explain. These include the patterns of shape and flow of inanimate matter on scales ranging from the supramolecular to the planetary, and the dynamics of sentient living matter that can self-organize, perceive and act. In all cases, the aim is to get at a qualitative understanding using quantitative methods, and get at general principles, if there be such, from answers to specific questions. His work has been recognized by a number of awards: he is a MacArthur Fellow and a Fellow of the Royal Society of London.