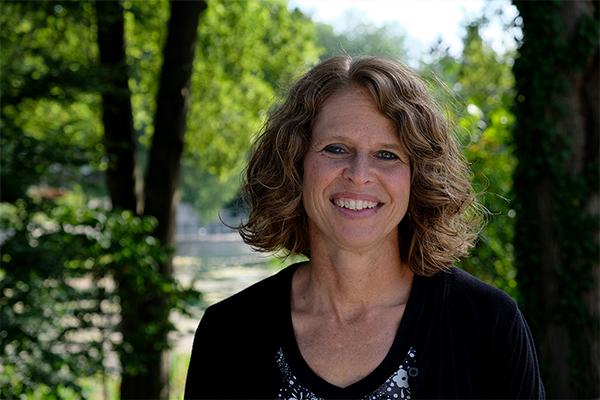 Luis Casian, College of Arts and Sciences Divisional Dean for the Natural and Mathematical Sciences at The Ohio State University, recently appointed Professor Laura Kubatko to a one-year term as Co-Director of OSU’s Mathematical Biosciences Institute (MBI).  Kubatko, a Professor jointly appointed in the Departments of Statistics and of Evolution, Ecology, and Organismal Biology, joins Professor Janet Best, Department of Mathematics, who began her term as MBI Co-Director in January 2018.

Kubatko joined the faculty at OSU as an Associate Professor in 2006, after serving as Assistant Professor of Mathematics and Statistics at the University of New Mexico from 1999-2006. Throughout her career, she has been associated with the MBI in various ways, first as a Visiting Faculty member for the Fall 2005 Program on Evolution and Ecology and later as Associate Director from 2013-2015.  She has mentored several MBI post-docs, has taught  MBI courses, and helped to secure NSF funding for MBI’s Distributed REU program in her role as Associate Director. At OSU, Kubatko is a Faculty Affiliate of the Institute for Population Research and the Translational Data Analytics Institute, and is an Affiliated Faculty Member of the Battelle Center for Mathematical Medicine at Nationwide Children’s Hospital.  She is an Associate Editor for the journal Systematic Biology and is Section Editor for the Theory and Methods Section of the journal BMC Evolutionary Biology.  She will begin a term as President-Elect of the Society of Systematic Biologists in January 2020, having previously served the Society in several ways, including as a member of the Council and the Nominations Committee, and as a regular reviewer of graduate student research awards.

Kubatko’s research interests are in statistical genetics, particularly in the inference of phylogenetic trees from nucleotide sequence data. Her research in this area is focused around the integration of data at the between- and within-species levels by combining methods from phylogenetics and population genetics, with particular emphasis on use of the coalescent model. Her recent work involves the application of techniques from algebraic statistics to coalescent-based phylogenomic inference. She has also worked on problems involving linkage and QTL analyses, as well as the analysis of microarray data. Kubatko’s work has been featured on the Big Ten Network’s LiveBIG series (“How an Ohio State professor will save East Africa $1.25 billion dollars”,  http://btn.com/2017/03/10/how-an-ohio-state-professor-will-save-east-africa-1-25-billion-dollars-btn-livebig/).  She has received funding from both NSF and NIH.

Kubatko holds BA degrees in Mathematics and Biology from Hiram College, and an MS in Statistics and PhD in Biostatistics from The Ohio State University.