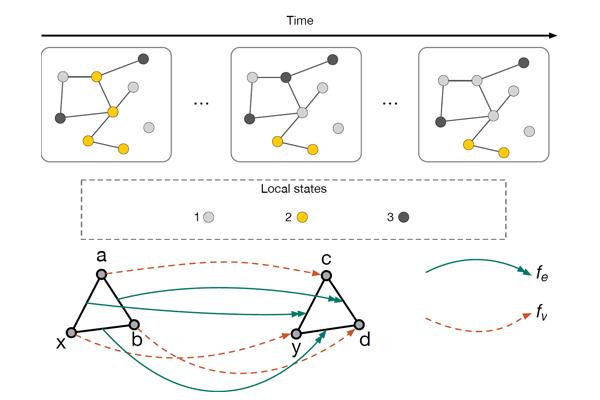 The paper is about approximating large Markov chains describing many-particle dynamical systems with complex interactions. The idea is to aggregate the states of the large Markov chain using a local notion of symmetry of the underlying graph structure. The approximation error is shown to decrease with increasing size of the local neighbourhood. Interesting connections with graph theoretic concepts such as fibrations of graphs are explored in the paper. The approximation tool developed in this paper has wide applications in epidemiology, statistical physics, computer science and social sciences.

The paper is available online at: https://www.cambridge.org/core/journals/journal-of-applied-probability/article/approximate-lumpability-for-markovian-agentbased-models-using-local-symmetries/A4B603163980ECC39DAC52A2477D6412