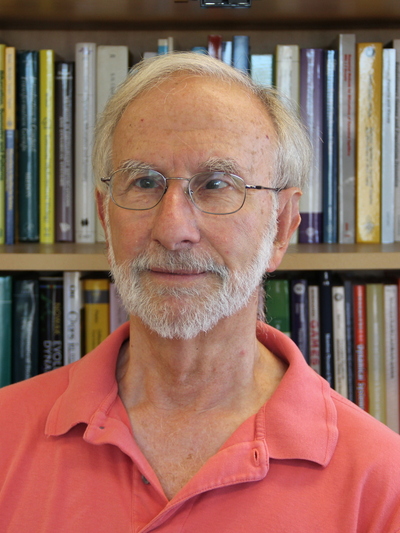 Dr. Golubitsky works in the fields of nonlinear dynamics and bifurcation theory studying the role of symmetry in the formation of patterns in physical systems and the role of network architecture in the dynamics of coupled systems. His recent research focuses on some mathematical aspects of biological applications: animal gaits, the visual cortex, homeostasis, and coupled systems. He has co-authored four graduate texts, one undergraduate text, and two nontechnical trade books, (Fearful Symmetry: Is God a Geometer with Ian Stewart and Symmetry in Chaos with Michael Field) and over 100 research papers.

Dr. Golubitsky is a Fellow of the American Academy of Arts and Sciences, the American Association for the Advancement of Science (AAAS), the American Mathematical Society (AMS), and the Society for Industrial and Applied Mathematics (SIAM). He is also the 1997 recipient of the University of Houston Esther Farfel Award, the 2001 corecipient of the Ferran Sunyer i Balaguer Prize (for The Symmetry Perspective) and the recipient of the 2009 Moser Lecture Prize of the SIAM Dynamical Systems Activity Group. He has been elected to the Councils of SIAM, AAAS, and AMS. Dr. Golubitsky was the founding Editor-in-Chief of the SIAM Journal on Applied Dynamical Systems and has served as President of SIAM (2005-06).